What connects the smart home and the smart city? You. 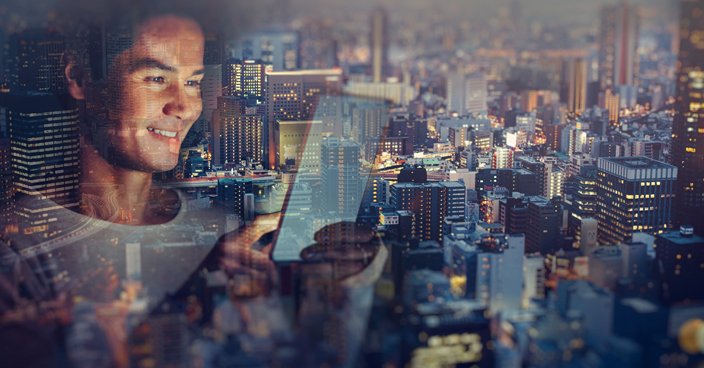 As we’ll discuss later in a later feature, interoperability is a huge part of the future success of the IoT, but on top of the myriad APIs, bridges, protocols and common languages, the other link between the unofficial silos of IoT is a human one: us.

Even though the Internet of Things exists to make our lives easier, removing the need for humans to communicate with thermostats, cookers, microwaves and the rest, as a whole it can’t exist without us.

Why would it? In a time-poor future, efficiency is everything. The IoT is there to streamline modern living, modern commerce, modern existence. The IoT may involve a constant stream of communication between devices and for some this may feel like a diminishing of agency but our fitness trackers, cars, targeted ads, cookers, 3D printers, exist for us.

The rhetoric of polymath Jaron Lanier (upon whose life the film The Lawnmower Man is based) is a welcome rebuttal of the more negative futurists and digital naysayers who believe that the singularity will relinquish the importance of human achievement, as machines self-replicate and challenge the edifices and artifice of human culture for a tech-utopia built on algorithmic efficiency.

He states that we will not engineer machines in this manner and their functionality will not evolve to the point of this being a reality.

Every last technological breakthrough of the last 500 years, from the Gutenberg printing press via the lightbulb and the aeroplane to, yes, the Internet has been met with the same public scepticism and fear mongering in the media.

It even feels like even more of an incredible achievement that the IoT has gained traction as quickly as it has, even if it’s more futuristic, lofty concepts remain among engineers, designers and coders.

One reason IoT has any profile at all is the clear and immediate benefit to the individual and the interaction with their surroundings. It’s clear for all to see how the IoT goes far beyond simple connection, to understanding and even anticipation of an individual’s existence in their environment.

But IoT would be nothing without people, and whether you work in an IoT-enabled industry or not, the humanity is something you should never forget.