How IoT protects reindeer from collisions with trains 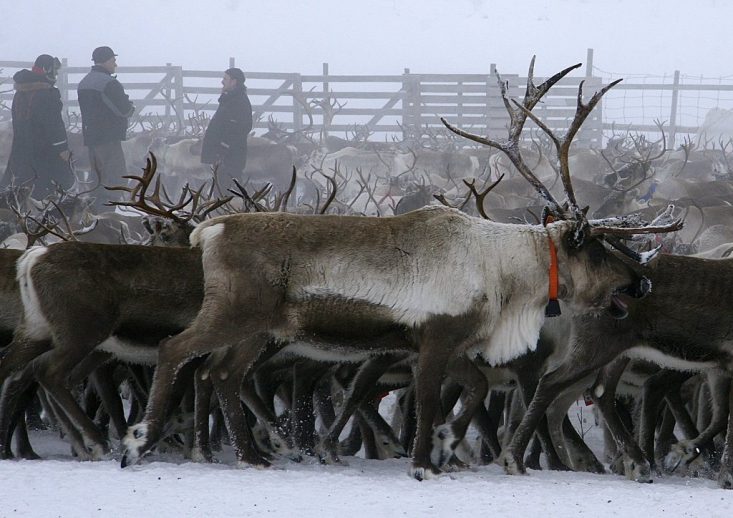 With trains killing about 6,500 reindeer each year in Norway, the country’s mapping authority, Kartverket, set up a hackathon in 2016 in the hope that developers would come up with creative solutions to this problem.

Train collisions account for a loss of about €8.5 million of livestock each year but the emotional impact on train drivers, passengers and reindeer herders can’t be measured.

Hundreds of kilometres of Norway’s railroads, reaching inside the Arctic Circle, traverse territories inhabited by the region’s indigenous Sami people, for whom keeping herds of reindeer as livestock has been central to their culture and economy for millennia. The animals roam free and don’t just wander onto tracks, they also migrate across borders into Sweden and Finland.

The winner of the hackathon was SaveMyReindeer, an IoT solution using satellite GPS tracking collars.

The system takes data from the Norwegian Railway Directorate on the real-time location of each train and combines it with open mapping data to create a moving geo-fence 40-50 km around each train.

By comparing the geo-fence area with GPS data from reindeer collars, the system warns train drivers when they are approaching the animals so they can either accelerate the train to get out of the herd’s way, slow down or stop the train.

At the same time, the reindeer owner receives an alert on their smartphone warning them that their animals may be in danger and giving them the opportunity to move the herd out of harm’s way.

Because reindeer are herd animals, any collision with a train can injure as many as 50 of them at a time. Train conductors have until recently been authorised to carry guns to humanely kill any seriously hurt animals, but this will no longer be the case, and local authorities will be required to deal with any incidents. With SaveMyReindeer, Globalstar’s satellite network will ensure the agencies have the precise GPS location of the incident so they can reach the location quickly.

With hundreds of sheep going missing each year, in 2012 the Norwegian government part-funded an initiative to track farmers’ livestock so they could understand what is driving the disappearance of the animals and eliminate any foul play. This funding enabled FindMySheep to develop its tracking collar, with a back-office application that enables the farmer to visualise the whereabouts of the animals at any given time.  Satellite communications was the only way to do tracking in remote areas with limited mobile phone network.

For example, after the lambing season in Norway, sheep are released into mountainous areas where they roam unattended for three to four months. Up to 15 to 20% of a flock will go missing during a single grazing season due to predator attacks and illness.

There are now more than 35,000 collars in use, with 85% of the them worn by sheep and the remainder protecting reindeer and cattle in Norway, Sweden and Finland. The collar isn’t just for locating lost livestock, though. It makes it possible to study patterns of behaviour. Over time, the system provides a data trail that shows which grazing areas have produced the best meat.

As well as reducing reindeer deaths, preventing collisions using this satellite technology reduces the impact of trauma on train staff and herders and improves the reliability of the national train service.

FindMy and Kartverket are now considering how this system could make Norway’s highways safer. The solution could feed warnings to smart signs – live electronic displays which indicate optimal speed limits based on current weather conditions and traffic, and which mitigate the dangers of animals roaming onto highways.

Halvor Mjoen, Founder of FindMy, said: “When designing SaveMyReindeer, we knew that only satellite would give us the reach we needed in remote regions. Other requirements were low power consumption and minimal maintenance since reindeer live outdoors year-round. Low cost was also a key requirement to drive higher volumes of collars, and allows us to develop new international markets – Globalstar plays a big part in making all of this possible. Moreover, we have only just scratched the surface as to how IoT can be used; we believe there will be many more meaningful and practical applications.”

To learn more about how satellites unleash the true power of IoT, visit Globalstar at IoT Tech Expo Europe 2018 – Stand 186