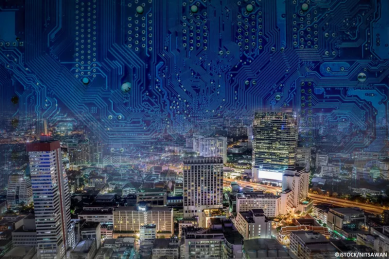 Bringing intelligence to “dumb” objects and physical assets by outfitting them with wirelessly connected sensors has promised for years to revolutionize the way businesses operate and individuals live. While this so-called Internet of Things (IoT) is now visibly affecting our personal lives—via wearable consumer devices and litany of smart home products— it has been slower to reach ubiquity than experts predicted, and far slower than expected to take hold among industrial businesses.

In 2012, IBM predicted 1 trillion connected devices by 2015 (see Fig. 1). The world didn’t get close to that number and even GSMA’s dramatically reduced prediction this year of more than 25 billion IoT connections by 2025 may be too optimistic. If the IoT has such game-changing potential, why have businesses been slower than anticipated to deploy such technology?

One reason is that all of those connected devices require batteries, and that’s no small problem. 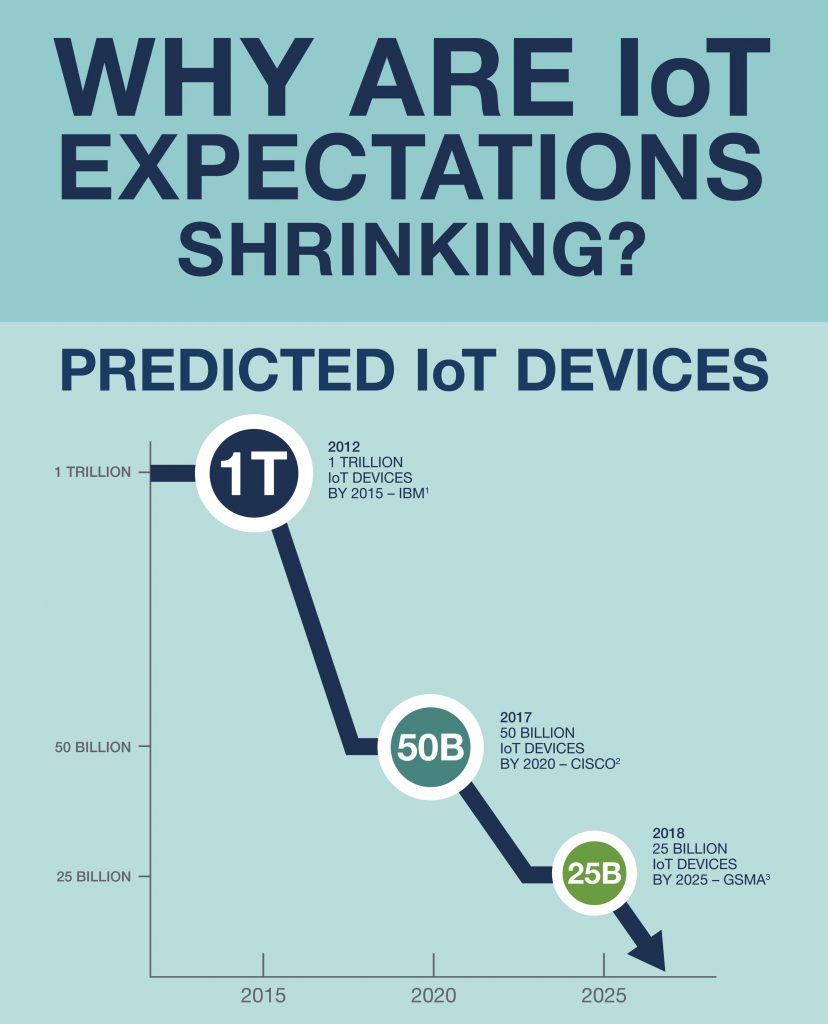 Researchers are working now to extend battery life to 10 years for IoT devices. But, even if the industry eventually achieves this ambitious goal, the trillion-device world envisioned by technologists and corporations alike would need to then find a way to replace a whopping 273,972,603 batteries—each and every day!

Let’s review a real-world example of how batteries impact IoT sensors. Imagine an industrial environment where 10,000 IoT devices are deployed across the facility – sensors strategically placed to transmit real-time data about the health and performance of machines and equipment, to monitor temperature and air quality in various sectors, to check for toxins that might have leaked, to relay the status of your steam system, HVAC systems, and other vital infrastructure.

Assuming a more realistic notion of a three-year average life in those 10,000 batteries, a facility’s maintenance crew would need to replace roughly 3,333 batteries each year, or about nine every day.

Depending on the types of devices, the batteries themselves could cost anywhere from a few dollars to several hundred dollars each to replace.  For the sake of argument, let’s assume that the cost of the physical battery is negligible and focus on the more painful logistical cost—the time and energy spent each day replacing batteries on devices that, in many cases, are by definition in hard-to-reach, inaccessible locations.  Now, think about how aggravating the chirp of a low-battery home smoke detector is and imagine having to deal with that nine times per day, every single day.  Assuming a modest 15-minute average to replace one of these batteries—locate the required battery, dispatch personnel, physically change and dispose of the dead battery—this 10,000-device facility has now added 2.25 hours to each day of the week just to keep its IoT sensor system alive.

In many cases, especially at scale, the cost of replacing batteries begins to eclipse the benefits promised by these sensors in the first place.  If you extrapolate the three-year average lifespan and the 15-minute change time out to the trillion-sensor world, you’re faced with a world that requires the full time effort of  28,538,813 human beings dedicated to nothing else except changing batteries.  Clearly, the battery-based approach—even assuming key breakthrough in battery technology—is not a tenable solution for the long-term scalability of the IoT.

How can we overcome this battery problem? One solution is to remove the battery altogether and shift towards entirely self-powered sensors.  PsiKick has been pioneering such technology with its breakthroughs in ultra-low-power semiconductor technology.  Using its custom chips, PsiKick has built completely batteryless sensor devices that harvest all required power from low levels of ambient energy.  At these low power budgets—generated from small amounts of indoor light, subtle temperature differences, and modest vibration—PsiKick’s devices can measure, process, and wirelessly transmit an array of valuable data inputs, form temperature and humidity to acceleration and pressure and more.

Self-powered sensors enable simplified deployments without any added or ongoing maintenance, allowing customers to focus only on new data insights and maximize the return on investment from wireless sensor networks.

For more information, visit http://www.psikick.com/battery-problem/ or you can PsiKick at the IoT Tech Expo North America 2018 in Santa Clara on November 28-29. Find them at booth #209.