How IoT In Space Is Taking Off 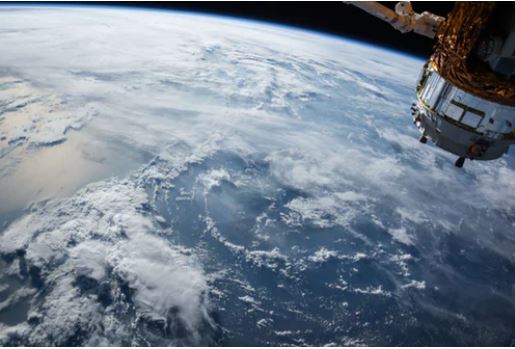 The Internet of Things (IoT) has caught the attention of researchers and private industries equally. The rate of connected devices is overwhelmingly increasing and continuously growing with time. With every addition of an IoT object, there is an increase of information in the form of data in the internet. On top of that, there are still many regions in the world, which still don’t have any access to the internet. This challenging issue cannot be resolved simply with the existing infrastructure, which means that it has to be fixed with a new concept and solution that takes data rate and performance into consideration.

In the early 1900s, big scale projects and ideas were only supported by the military or government — but this picture has changed with time by means of privatisation. Today, the stakeholders are coming from different backgrounds and industries, which not only bring finance, but also make expensive ideas become realistic. What cannot be achieved with the existing infrastructure can be realised with the technology in space.

Now, how IoT from space can resolve this issue of extreme fast data rate and connectivity? As already, existing infrastructure in space is used for navigation, connectivity, weather observations, etc. These applications can be utilised to overcome the constraints involved currently in IoT, and the gaps in space technologies can be filled out with IoT. Actually, this idea has already been experimented by a few of the tech giants in cooperation with vendors and suppliers. This proves that IoT has already taken off from earth to space.

Let’s take an example of the project from Microsoft Azure IoT and Azure Analytics, it tried to demonstrate the telemetry between a meteorological balloon carrying a payload of sensors, videos and radios to a height of more than 90,000 feet and a ground station via a Microsoft Cloud acting as a gateway. This experiment helps in analysing information like real time data from a satellite and spacecraft, learning more intricately about the inbound situation of a returning spacecraft or payload, streaming audio and videos live, etc.

Another project, which is funded by the European Union known as IoTEE (Internet of Things Everywhere on Earth), focussed on the telemetry between a low powered satellite in ISS (International Space Station) and a terrestrial infrastructure. The aim of this project is to broaden the horizon of IoT with the help of space and bring more benefits to the global market in terms of cost and tracking possibilities. As discussed earlier about the different stakeholders involving in this race, private companies like Amazon AWS and Iridium has collaborated to bring satellite technology and IoT together. This will help Amazon tremendously with respect to their logistic business and their different products.

A geostationary satellite is comparably bigger in size and very expensive. On the other hand, a satellite maybe in low Earth orbit with a small size, low cost, might be something desirable. A start-up company from Australia Fleet Space Technologies has exactly achieved this feet. Its nano-satellites are as small as the size of a shoebox and have already been launched into space with the help of other space organisation and already receiving requests from customers all over the world for registration of their products to their space network.

Another recent example is the subsidiary of Airbus Defence and Space called UP42, which is an open platform and marketplace to access, analyse, and understand data about our planet. UP42 brings together high-resolution satellite data, drone imagery, and IoT data, together with powerful algorithms to detect changes, identify objects, and monitor regions. UP42 enables access to geodata and processing tools for the first time, allowing observation and analysis of parts of the planet at scale, helping customers build game-changing new geospatial products.

In the coming future, the platform would be of great help to entrepreneurial developers to monetise their processing algorithms on UP42’s developer platform, helping them to tap into new revenue streams and increase visibility. The growing global demand for connectivity is actually opening avenues for space technology, satellites, and precision spatial analytics.