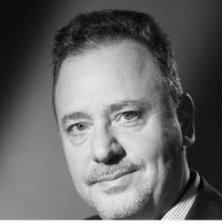 Athanasios holds the position of “Computational & Data Science Scientific Director and Global Lab Leader”. He is a Chemical Engineer with a PhD in Applied Sciences and Math. He is with Air Liquide since 1995. He found several ways to express his passion for simulation, applied math and data science both in R&D, where he currently is, and in Operations, where he spent more than 13 years.

He pioneered many smart manufacturing solutions for Air Liquide such as the development of predictive control and innovative real-time optimization. He presented the first roadmap of big data for Air Liquide and set up the first teams of data scientists within R&D, in 3 continents. He introduced artificial intelligence, through proofs of concept and alliances with innovative companies. He recently launched the “data and decision sciences lab” (d2-lab) initiative, a network of experts and practitioners, to reach scientific excellence in these areas.
Athanasios is an Air Liquide International Fellow.