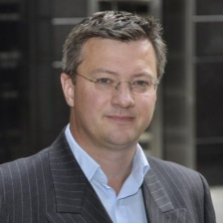 Jim is a respected IoT industry expert, with over 25 years’ experience of strategy consulting, operations management and telecoms research. From 2011 to 2017 he was Chief Research Officer and co-founder of Machina Research, the leading IoT industry analyst and consultancy, before exiting via a sale to Gartner.

Jim is a Co-Chair of the Industrial Internet Consortium’s Digital Transformation Working Group and is a member of the Global Advisory Body for the Institution of Engineering and Technology (IET) Future Technologies Panel.

Jim has judged a range of IoT industry awards, including for Total Telecom and the GSMA, is a member of the Internet of Things Council and is responsible for the addition of the terms Low Power Wide Area (LPWA) networking and Subnet of Things (SoT) to the lexicon of the IoT.

He is currently a member of advisory panels for a range of conferences including the IoT Tech Expo World Series and the IoT Asia conference, and is a member of Calysto’s PR Vibes IoT Thought Leadership Board.

He has worked on-site in in excess of 30 countries worldwide, including in Africa, Asia, Europe, the Middle East and North America. Previous experience includes strategy consulting for Booz.Allen&Hamilton, Head of department at the BBC and also work as a freelance consultant. At Cable & Wireless he was Secretary to both Operating and Executive Boards of the Business Networks division and project managed the restructuring of that entity as Cable & Wireless Global Markets. He was a founder shareholder in the AIM-listed Avanti Communications and is an experienced conference speaker including for blue chip events such as the IET’s Pinkerton Lecture, and the GSMA’s Mobile World Congress.

He studied mathematics at Oxford University, and holds an MA (Oxon.).