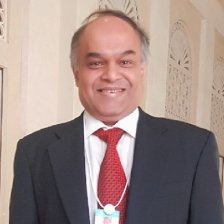 Ajit works as a Data Scientist through his company feynlabs – focusing on building innovative early stage AI prototypes for domains such as Cybersecurity, Robotics and Healthcare

He is the course director at Oxford University on “Data Science for Internet of Things”. Besides Oxford University, Ajit has also conducted AI courses in LSE, UPM and part of the Harvard Kennedy Future society research on AI.

He is also currently working on a book to teach AI using mathematical foundations at high school levels,