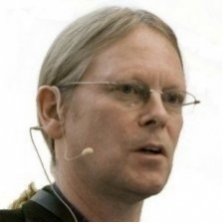 Dr. Dave Raggett is a member of the W3C’s European staff and is based in the UK. He is the W3C lead for Data, a champion for the Web of Things, and a pioneer in Cognitive AI. He has been involved in numerous European research projects and has been closely involved with web standards since 1992, including early work on HTML and HTTP, and work on MathML, VoiceXML, multimodal interaction, model-based UI design, and device APIs. He was educated at the University of Oxford, followed by assignments at the University of Edinburgh, Imperial College and MIT, along with industry experience at HP, Canon, Openwave, Volantis and JustSystems. He is a visiting professor at the University of the West of England. In his spare time, Dave enjoys scuba diving and dabbling with developing experimental software, e.g. Arena Web Hub as a NodeJS based application platform for the Web of Things, and most recently a suite of demos for Cognitive AI.

You can find Dave Raggett speaking on...