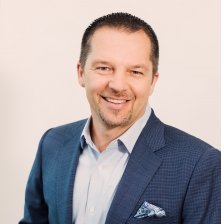 Peter Kuciak is Group Vice President, DialogicONE, with responsibility for the strategy behind Dialogic’s next-generation software, including the latest product DialogicOne. Peter began his management career over 28 years ago with Newbridge Networks. He has held executive roles in areas of product management, research and development, delivery, business development, sales and marketing at companies that include Watchfire, Ubiquity Software, Avaya, March Networks and Headwall Software. Prior to joining Dialogic in 2015, Peter co-founded Headwall Software. Within 3 years of its formation, he oversaw the acquisition and transition of the company to new ownership within the SAP-focused marketplace. Peter holds a degree in Computer Science from Carleton University in Ottawa, Canada.