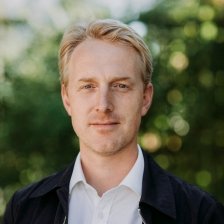 Tom Pakenham is Director of the Electric Vehicles division at Kaluza (OVO Energy). Since joining Kaluza in January 2017, he has been instrumental in the transition of Kaluza from a pure kWh retail business into a diversified energy services company, leading the move into the electric vehicles market with the launch of the EV Everywhere energy bundle and ongoing development of smart-charging customer propositions.

Prior to joining Kaluza, Tom founded greentomatocars in 2006 – the world’s first low emission taxi company, which he sold to global transport conglomerate Transdev. After selling greentomatocars, Tom launched greentomatoenergy – an energy efficiency and micro-renewables business – which was acquired by a private equity firm in 2013. After this, Tom led the Business Development and Innovation team at Transdev Plc.

Tom graduated from Cambridge University with a History MA and has a Postgraduate Diploma in Law from BPP Law School. He is a qualified solicitor.