Covering your Assets – A look at IoT Trends with Chubb Insurance

Chubb is the largest publicly traded property and casualty insurer in the world and is among the few insurers that are actively collecting and analyzing IoT data today against a rich claim history.  Chubb’s Chief Digital Officer Sean Ringsted has a unique perspective on the direction of this trend as well as important lessons learned based on case study examples, including the misguided perception that your insurer is acting as “big brother.” 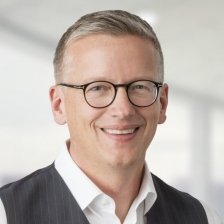 This talk is part of the agenda...