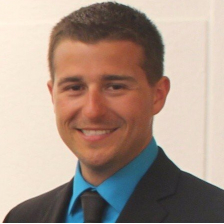 Jason Ortiz is Lead Engineer at Finite State and has over 10 years of experience in the US Intel Community and more than five years in commercial cyber security services. In his role, Jason develops necessary interfaces between the Finite State Platform and data for use by customers and partners in their business context. Jason joined Finite State from Pondurance, a managed detection and response company, where he served most recently as a senior product engineer. Prior to joining Pondurance in 2017, Jason was a research engineer and R&D lead for Fortego, LLC. Jason began his career as a software engineer with Chiron Technology Services, Inc.

Jason is President of the Indiana InfraGard Members Alliance, a partnership between the FBI and the private sector that facilitates public-private collaboration and information sharing. Jason also serves on the Indiana Executive Council on Cybersecurity as a co-chair for economic development and a contributing member for defense. In 2020, Jason co-founded Edjro, an IoT edtech product provider that supports teachers in the classroom. He also holds a personal membership to the Indiana IoT Lab.

You can find Jason Ortiz speaking on...

Presentation: So I have an SBOM. Now what?