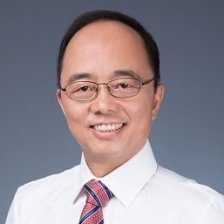 Jeff Tao (Founder, CEO and Core Developer of TDengine) Jeff has a stellar background as a technologist and serial entrepreneur. Early in his career he conducted research and development on mobile Internet at Motorola, 3Com and other companies. This was followed by founding two successful startups. In his latest venture, in May 2017 he founded TDengine, which focuses on technologies to store, query and compute time series data in real time in a scalable and efficient way. TDengine outperforms its competitors at least 10 times faster in terms of data ingestion rate and query speed. TDengine has applications in Internet of Things, IT Infrastructure Monitoring, Finance and other industries to lower the overall operation cost by 80%. TDengine was open sourced in July 2019, and for a while was #1 in GitHub’s global trend rankings and currently has almost 18K stars on Github.

You can find Jeff Tao speaking on...