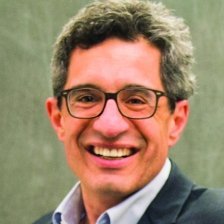 Michael Kanellos is a technology analyst at OSIsoft where he helps customers understand how data is changing some of the biggest businesses in the world. He has worked as a reporter, analyst and marketing exec in Silicon Valley for over 20 years. His work has appeared in the New York Times, CNET, Forbes, Newsweek, Newsday, the Chicago Tribune and National Geographic. A graduate of Cornell University and the University of California, he has worked as an attorney, a travel writer and a busboy in a pancake house.

You can find Michael Kanellos speaking on...

Developing for the IoT

Developing for the IoT: Chair’s Welcome and Opening Remarks