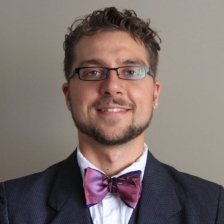 Paul Watrobski is an IT Security Specialist in the Applied Cybersecurity Division (ACD) of the Information Technology Laboratory (ITL) at the National Institute of Standards and Technology (NIST). Paul is a member of the IoT working group where he assisted in the development of Recommended Criteria for Cybersecurity Labeling for IoT Products as part of the Executive Order (EO) 14028 on Improving the Nation’s Cybersecurity.

Paul has also been involved with NIST’s National Cybersecurity Center of Excellence (NCCoE) on several projects. He participated in the Mitigating IoT-Based DDoS project where he developed an open-source tool, MUD-PD, to assist in the generation of Manufacturer Usage Description (MUD) files which can enable device-intent enforcement. Paul is currently a principal investigator (PI) for the Trusted IoT Device Network-Layer Onboarding and Lifecycle Management project and is working to spin up another project centered around DevSecOps. He helped the NCCoE host a public workshop on the topic, after the public comment period concluded for the draft project description.

Outside of NIST, Paul is pursuing a PhD in reliability engineering focused on cybersecurity in IoT at the University of Maryland (UMD) under the advice of Dr. Michel Cukier and Dr. John Baras. Paul previously earned a bachelor’s degree in computer engineering at Binghamton University (BU) and master’s degrees in electrical engineering at both BU and UMD.

You can find Paul Watrobski speaking on...

Panel: IoT Security – Acting Ahead of the Threat