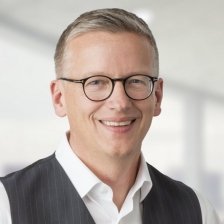 Sean Ringsted is Chief Digital Officer at Chubb, the world’s largest publicly traded property and casualty insurance company and the largest commercial insurer in the U.S.

Mr. Ringsted leads Chubb’s digital efforts aimed at transforming the company into a digitally integrated organization. The initiatives involve all areas that produce and support Chubb’s business into a digital environment, including underwriting, sales and service functions that touch policyholders, prospective customers, distribution and internal operations and technology.

Mr. Ringsted has more than 25 years of experience in the insurance industry and is often quoted in news publications as an industry expert. In addition to his role as Chief Digital Officer, Mr. Ringsted has served as the company’s Chief Risk Officer since 2008, prior to ACE’s acquisition of Chubb in 2016. Mr. Ringsted was named Executive Vice President, ACE Group, in March 2014.

You can find Sean Ringsted speaking on...

Applied Strategies for the IoT

Presentation: Covering your Assets – Insurance in the Digital Age